This is a long-standing, indissoluble bond that links the Oberto family to La Morra and the hills where Barolo is grown.

A story rooted in a strong attachment to the land and nourished with renewed passion every day.

Great-great-grandmother Maria bought her first vineyard in one of the finest crus of La Morra, Rive. 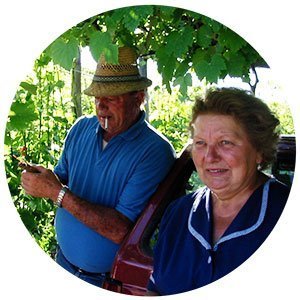 The first vintage of Barolo was bottled.
Between the 60s and 70s, the family purchased new land, and this was joined by the vineyards inherited by Luigi’s wife, Maria Beatrice, in the historic Roggeri cru. 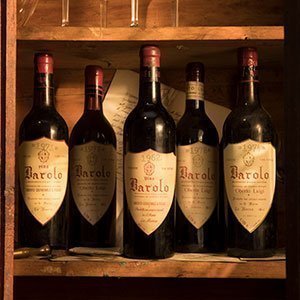 The winery that we know today was built in a dominant area which offers a panoramic view of the hills of Barolo.
The name stems from the small building (ciabot, in Piedmontese) found on the site, which belonged to a certain Berton, who, in an attempt to make his own fireworks, caused a fire. Even today, from the cellar you can see the ruins of the building after which the winery is named.

Luigi was joined by his children Marco, an oenologist, and Paola, an agronomist.
Increasingly aware of the great potential of the soils and aiming to enhance their unique nature, the estate continued working towards the separate vinification of the various plots of land. 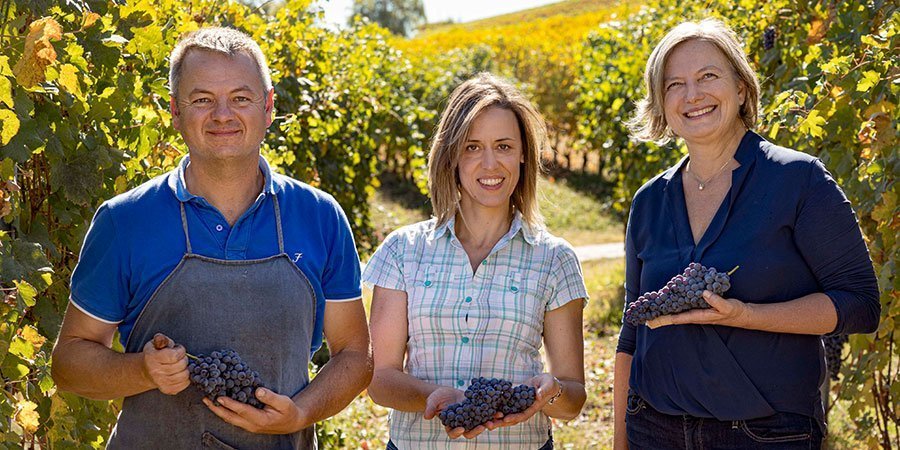 Alongside the Barolo of Ciabot Berton, synonymous for over 30 years with elegance and finesse among the Barolo made in La Morra, the estate began producing the first single-vineyard Barolo, selecting plots of old vines in the Roggeri cru.
Love of the land and respect for nature directed the estate towards sustainable production, aided by the indications contained in the Integrated Pest Control regulations to achieve a low environmental impact in agriculture.

Federica, Marco’s wife, arrived, bringing her contribution as a sommelier and her passion for wine.
Luigi’s valuable teachings combined with increased experience in meticulously managing the vineyards and the decision to entrust the job of enhancing the beauty of each terroir to respectful vinification and ageing, give us the opportunity to offer wines that are the pure expression of a unique and charming territory.